The party rock fire started on Saturday November 5, 2016 at approximately 1 pm in the area of Chimney Rock State Park.

Just over 25 million dollars will go to the North Carolina Forest Service for wildfire response expenses and timber restoration.  Arson is suspected in most of the fires.

A Macon County man has been charged with setting several in the Nantahala Forest near Franklin.  In Tennessee, two teens were charged in connection with the deadly fires that killed 14 people.

The investigations in both states are far from over. 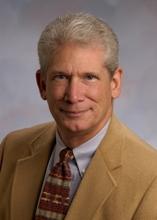 Dr. David Icove is an internationally recognized expert on arson.

Figuring out a motive is an important part of the process says University of Tennessee Professor David Icove who is an internationally recognized expert on arson.  He spoke by Skype with WCQS’s Helen Chickering. Icove couldn’t talk about any of the cases under investigation because he might be called to testify, but he did share some of his research into firesetter motivation along with the challenge of investigating wildfire arson.

During his more than thirty years as a criminal investigator and forensic scientist, David Icove has studied fire and the people who set them on purpose. His research led to the development of a motive classification system for arsonists.

David Icove, “Vandalism, excitement, revenge, crime concealment, extremism or terrorism, those are the six areas, the most frequent are we had though, as we say had to do with vandalism,  motivated fire setters.”

When it comes to classifying wildfire arsonists, Icove says all six motives are possible.

“The interesting thing, (the motivation of a wildfire arsonist)  cuts across the strada of six classifications for the motivation for arson, that’s the hard part of looking at the science of what’s happened. “

Icove says the most common, the  vandalism motivated arsonists  are often juveniles, who work in groups.

“The actual crime scenes reflected impulsive disorganized acts and they also used materials that were present and in a lot of cases, they lived by the fire scenes or their targets, and typically, the targets were grass, brush, wildlands, vegetation and some residential areas, “

Excitement motivated firesetters are often older, says Icove, work alone and may even stick around to  watch the fire burn.

David Icove,  “In one case we looked at the arsonist after successfully  evading detection started writing letters and calling the fire chief and taunting him, those are interesting types of cases that anecdotally provide much better insight into what’s  happening. “

Icove says more research is needed to better understand the profile of a wildfire arsonist.  With its menu of possible motives, a crime scene that goes on for miles, it’s a complex challenge for investigators.